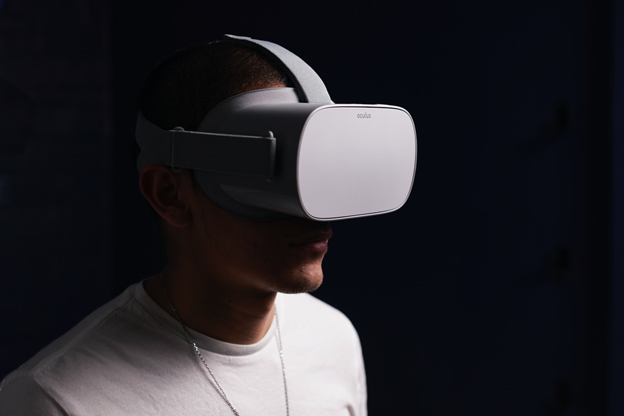 The 2010s witnessed the rise of everyday technology. Artificial Intelligence (AI), cloud computing and social media have radically changed the day-to-day lives of people across the globe. Tablet computers, social media sites, virtual reality – the list of innovations belonging in this decade is a long one.

Here are 12 major technological products and advances that defined this wonderful decade:

Exceeding the expectations of being just a larger iPhone, the iPad ushered in a new category of computing devices. The iPad carried tons of advantages. It was fast, easy to carry, versatile and more fun and intuitive than a tablet computer.

Although this piece of tech couldn’t do everything that a big and bulky PC could, the iPad worked perfectly well for lightweight business applications, such as e-mail, presenting keynotes in meetings, editing documents and browsing the internet. What’s more, the iPad offered thousands of games and productivity apps that a user can easily buy from the App Store.

This social media platform evolved into a better app when it received a billion-dollar boost from Facebook back in 2012. This ubiquitous photo-sharing and editing platform has turned users into amateur photographers. It has also changed how people the way people share their lives with the world, for better or worse.

The rise of 4G networks in these past two years resulted in a new wave of mobile innovation. 4G created the opportunity for apps, such as Snapchat, Twitter, Uber, Google Maps, and Spotify, to exist and thrive.

Some people who want a laptop only want the basics – a web browser and an astrea internet connection. Chromebooks produced a new market of affordable laptops for this particular market. Acer and Samsung released the first Chromebooks in 2011.

Today, you’ll find these inexpensive laptops in schools, where they can tolerate everyday wear better than tablets.

This tiny, single-board computer allowed people to build a laptop or a PC at a low cost. Raspberry Pi has transformed the way people think about affordable personal computing. Raspberry Pi has continued to improve. It now comes with more processing power along with better features, such as gigabit Ethernet. This allows tinkerers and techies to build an exceptionally capable custom computer.

When people hear the term “centralized work communication,” one of the platforms that instantly come to mind is Slack. Although this team collaboration and messaging app hasn’t completely replaced e-mail, its intuitive interface, slash commands, custom channels and other useful features have transformed how people interact with co-workers.

Alexa, a voice-controlled virtual assistant, is an awesome piece of tech that can answer questions, control a smart home, play audio and more. Ever since the retail giant introduced its first smart speaker in 2014, smart home devices equipped with assistants have skyrocketed in popularity and transformed computing.

The retail giant’s AI technology continues to learn more skills as it competes with Siri, Cortana and Google Assistant.

Windows 8 and 8.1 were unfortunately a disaster. Microsoft then made the move to turn things around by introducing Windows 10, an ambitious attempt to further modernize the famous operating system. Windows 10 came with Universal Windows Apps that users can execute on any form factor.

The Oculus Rift revived interest in VR all across the globe. The first commercial version of this virtual reality (VR) headgear launched in 2016 – four years after its first crowdfunding campaign on Kickstarter.

The success of this piece of tech resulted in more innovation and competition in the fields of VR and augmented reality (AR). What’s more, it made VR slightly more affordable for the masses.

This multiplayer online battle arena (MOBA) game quickly became a cultural phenomenon around the world. As a matter of fact, “Fortnite” is one of the most popular games in the United States. It has produced a new generation of gamers learning new dance moves and skydiving into matches.

No one expected this social app to turn into a viral craze. When Bytedance (a Chinese tech firm) turned lip-sync app Musical.ly into Tiktok, it became a cultural sensation among teenagers. This app became so popular that it compelled the U.S. government to launch a security investigation.

What made Tiktok different from other social networking platforms is its algorithmic feed, which can learn what users like to see and serve an endless amount of recommended videos.

These 12 tech advances and products have forever changed the way individuals live and interact with the world around them. On top of helping shape people’s lives for the better, these tech inventions and innovations are paving the way for how humans will live in the future.

The Role of Business Applications in Organizational Innovation